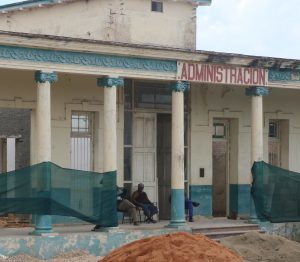 A week ago I returned from a two week holiday in Cuba. As always, there is a limit to what you can learn from a holiday, which tends to focus on the positive, and where deeper analysis is not the point. But there is nothing like seeing a place to get a clearer picture of it. So, what did I learn?

Cuba is a socialist country, following a Soviet economic model shortly after its revolution in 1959. The state dominates all activity; private businesses are allowed, but only in highly restricted contexts, such as tourist services. The state places a huge emphasis on universal services: health care, education, and a system of basic rations intended to ensure that everybody has the bare necessities. The government claims that homelessness and unemployment are rare – though overcrowding and underemployment is another matter. There is no commercial advertising; instead the are political slogans everyway, often featuring the revolutionary icon Ché Guevara, and also Fidel Castro and the late Venezuelan president Hugo Chavez. These slogans generally claim that socialism is eternally victorious. It is not just the paintwork that is looking tired.

For jaded westerners, it is easy to see the positive aspects of this. Social welfare looks a lot better than for most poor countries. The universal services are certainly popular, and confer legitimacy for the regime. When comparing the country to its Caribbean or Central American neighbours, it is easy to see the bright side. The worst effects of poverty are ameliorated, including with very low levels of crime (compare that to Jamaica or Guatemala), though policing does not seem heavy handed (underemployment does not mean hordes of armed men everywhere, like in Egypt, for example). Health services are reputed to be better than many richer countries.

But a second reaction leaves you confronting the fact that the country remains very poor. The sight of people occupying crumbling buildings in Havana is quite shocking. Most rural dwellings have hardly moved on from shanty-towns. And the flip side to that is that productivity is woeful. We saw ploughs still being pulled by oxen, and horses were a common means of transport in rural areas. Every toilet has its attendant to hand out meagre supplies of toilet paper (and expecting a tip); workmen always came in groups; guards, often scarcely awake, watched over things that hardly needed guarding.

And the productivity is much worse than the use of too many people to do simple jobs. Whole businesses have collapsed, most visibly in agriculture. Perfectly viable land is untilled; factories are derelict. We visited a sugar plantation (called Australia) that has ceased to function as anything other than a tourist spot, offering short rides on steam trains. (That’s where the picture is from, of people sitting outside a derelict factory building – quite a good metaphor for the Cuban economy, I thought). Those trains were the only functioning ones we saw – yet there were plenty of railways.

Agriculture, infrastructure and industry are not the only places where work is not being done. Many apartment blocks in Havana look close to collapse – though many were clearly once magnificent. And new homes are not being built. A country that has a vaunted system of education, that can turn out good quality medical staff in quantity, can surely do much, much better than this?

The official blame is heaped on America, and its extensive system of sanctions that make it very hard for any western business to trade with it. That excuse is not without merit. Doubtless many critical bits of equipment or services became unobtainable directly, and indirectly through lack of foreign currency from exports. For a couple of decades the Soviet Union was able to partially make up for this – but its products were sub-standard, except for weaponry. When the Soviet Union collapsed, Cuba nearly followed it. It says much for the strength of the Cuban regime that it has survived.

Survival in the 21st Century, in the face of US sanctions (which remain as the Congress must approve their lifting) has become much easier, however. China has developed an economy which is not beholden to the US, and Cuba has taken advantage. Our perfectly functional and modern tourist buses were Chinese made. China has also enabled many other parts of the world economy become less beholden to the US – and the influence of other countries (notably Spain) is visible.  There is a viable non US eco-system.

But Cuba clearly wrestles with a much deeper problem: the complete failure of a non-capitalist system to be able to do more than a very few things at a time well. It is to Cuba’s leaders’ credit that, unlike the Soviet Union, they chose universal health care over weaponry as the state’s top priority, but that only gets you so far.

The Cuban state must embrace capitalism if it is to improve its citizens’ lot. There are already role models out there: China and Vietnam, which show that you don’t have to scrap the socialist planned economy at the same time, contrary to western conventional wisdom of the 1990s. (Experts used to say that an economy couldn’t be half capitalist like a woman could not be half pregnant; Russia followed that advice with catastrophic consequences; China ignored it). And Cuba has started to do it, allowing the tourist industry, in particular, to grow. Private bed and breakfasts, restaurants and tourist shops abound, and show that Cubans have plenty of commercial flair. Less than vibrant, but successful enough, the Cuban government has set up joint ventures with commercial companies to build and run large hotels (though it must be added that individual members of hotel staff were generally very helpful, even if the system as whole never quite worked as it was supposed to).

But these developments need to go much, much further. They must embrace large enterprises, in the building industry, and export industries, including agriculture. Of course, Cuba needs to be careful here. Big multinationals can hollow countries out with soulless plantations that add very little human value while syphoning away most of the cash. But the country still needs commercial efficiency on a large scale. Which means less government interference. The government seems divided on how to go forward.

Would an embrace of capitalism lead to a political opening? China and Vietnam seem to show that this not necessarily the case. My guess is that the success of universal services (surely at least as good as China’s?)  will leave the communist regime with enough political legitimacy to survive, so long as these do not fall into decline.  That will be a challenge, of course, as rates of pay in public services will have to rise as the private sector competes for jobs. Medical professionals are paid pathetically little. Cuba’s populace, like China’s, may have grown out of the communists’ political rhetoric, but neither would they see a compelling need to rock the boat if the economy was successful.

It would, of course, be much better if Cuba could embrace political reform too. While they have much to learn from China, no doubt, they should also cast a glance to Costa Rica, much closer in size and geography. That country has shown the virtue of keeping the Yankees at arms’ length, while adopting many of their ways.

And as a holiday destination? Thoroughly recommended. It is a beautiful country, much of it unspoilt; its people know how to make you welcome; notwithstanding the dead hand of government, it is a cheerful and vibrant place. But think about the time of year. In May it was already getting a bit hot and sticky. February is probably best, but that is also peak tourist time.

3 thoughts on “Cuba: a lesson in the successes and failures of socialism”