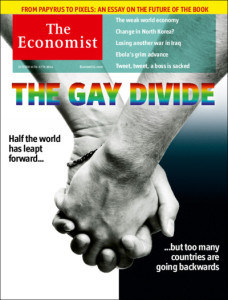 Some people hate The Economist; to them it is a proselytiser of that despised creed “neoliberalism” or just plain capitalism. Not me. I have been reading the Economist weekly since 1974 (from between the two British General Elections of that year), when I was just 16 and still at school. I loved its cosmopolitanism and that that it did not lets its opinions obscure the reporting of facts. It was opinionated, yes, but not prejudiced. Much of my writing in this blog has been inspired by my 40 years of readership. No other journal has come close in winning my loyalty.

The Economist has annoyed me of course. I felt a deep sense of betrayal when in 2011 it backed a No vote in the referendum on the Alternative Vote. My own strong support for AV dates from when The Economist itself persuaded me that it would be an appropriate and sensible reform. The chattering classes had taken against AV, and the paper followed the crowd. A perverse election result in Canada under first-past-the-post, reported in the very same edition of the paper, illustrated the case for AV perfectly. The paper’s support for the education reforms of the current government were built on similarly weak foundations, I thought, but these hadn’t strayed beyond mistaken opinion. Until this week.

The top article in the UK section, The new school rules, presents itself as a serious examination of the government’s education reforms. It reads like an article placed by a pro-government think tank, and not the original and critical journalism upon which the newspaper’s reputation has been built.

A bit of background. Under its first Education Secretary, the Conservative Michael Gove, the coalition government has driven through an eye-catching programme of reforms to England’s schools (in Scotland, Wales and Northern Ireland education is devolved). The centrepiece of this has been the establishment of autonomous “Academy” schools, independent of local council control. This built on the previous government’s policy, where Academies often replaced failed schools, and had to secure external sponsors to provide extra finance. This government has made it much easier to set up new Academies (referred to as “Free Schools”), and allowed existing schools to convert to Academy status without a sponsor. The government has done many other things too: established a “pupil premium” to channel extra funding to schools with needier children; refocused the school inspectorate, Ofsted; changed secondary school qualifications towards more academic subjects; refashioned the primary curriculum to something a more prescriptive and more to its political taste; changed teachers’ pay and conditions to give school managers more power; moved measurement of progress away from achieving arbitrary thresholds to measuring total progress. Given the general climate of government austerity, which has limited resources, these changes have been mainly to the good, though I fail to see the point of the changes to the primary curriculum, and the jury is out on the secondary reforms of qualifications.

But the Economist focuses almost entirely on the Academy programme, which it is claims is transforming schools and driving progress. It quotes evidence that secondary academies achieve more good GCSEs (the main secondary exam – “good” meaning achieving the grade C or above) than non-academies, even allowing for the number of pupils from poorer backgrounds. As it describes this progress it fails to mention two facts that throw an entirely different light on what is happening.

The first is that the most striking progress in recent times achieved by Britain’s schools has been in London, in the years up to 2010. Schools in apparently hopeless boroughs like Tower Hamlets pulled ahead of schools in much wealthier areas. This has been much written about and commented on – but it was achieved under the previous Labour government’s tutelage, working with councils of several political stripes. It was based on what I call “good old fashioned management”. A lot of focus was put on school performance, and where results were poor, school management was changed. Some failing schools were converted to Academies, not always successfully, but otherwise existing governance structures were used. The coalition has not undermined this achievement, which has largely continued under its watch (at least in areas I know about). But it is awkward for the article’s central thesis; the upward momentum in England’s schools predates the government’s reforms; it is far from clear whether greater autonomy has much to do with school progress.

The second awkward fact is that for ordinary schools that have converted to Academy status there is a bias towards better schools making the change. Schools who want to make the move on their own (i.e. without being folded into an externally run chain of schools) must achieve a high quality threshold. Rumour has it that one my local schools has been refused because standards aren’t high enough. Conversely schools with good performance often want to convert, in case an unexpected hiccup means that they are forced into being part of a chain. The article quotes evidence that the performance of schools that have converted is better than non-converters. Well, that is hardly surprising, but cause and effect have not been disentangled.

The article discusses the rather awkward fact that academy chains have delivered disappointing performance – I must acknowledge that it does raise difficult evidence in this case. These chains have a reputation of being brutally managed and focusing on a narrow curriculum – one reason that so many schools are anxious not to be swept into one. A bit of brutality is required in order to lift badly managed schools up to the standards of the best, and the London experience confirms that – but a broader, less performance-focused curriculum is needed to deliver the wider set of skills that the world of work (and outside it) demands. Schools have to be soft and hard both at once. It is no surprise to many that aggressively managed chains deliver at best only short-term results.

But the Economist seems to think that the problem is that management of the chains is is not aggressive enough. It suggests that one way to “turbocharge” the reforms would be to open up management of schools to for-profit companies, rather than just charitable foundations as now. If I was a cynic, I would suggest that the article was prompted by private sector company lobbying to be allowed to take over state schools – but I don’t believe that.

Unlike many I have no ideological objection to the use of the private sector in public services. But I do wonder whether the sort of aggressive performance-driven management that the private sector does well is what most state schools need. Private managers will be tempted to take two shortcuts. The first is to narrow the curriculum, which undermines the overall mission of education. At least competition might act as a check on this, as schools with too narrow a focus may be less popular. The second is more insidious: selecting the pupils by avoiding the neediest, through selective recruitment or exclusion. Whatever the formal controls against this, we can expect the private sector to find innovative ways around them, as this is the quickest way to improve margins. This then leaves a pool of needier pupils which will tend to be concentrated in other schools – when in almost all cases the best chances of meeting their needs is in schools with a good social mix. A vital social objective for state schools is to reduce the number of people who get into trouble of one kind or another later in life (crime, unemployment, poor mental and physical health). It is very important that schools handle the neediest cases well – and it is something that English schools have often been bad at. It is not something that private sector organisations have a strong enough incentive to deal with, and concentrating the problem into specialist schools is no way out.

When considering education policy in an international context, The Economist often says that teaching and management are the critical issues, and not other issues such as class sizes, money – or autonomy. English (and indeed British) education is nowhere near as good as it needs to be, and many schools and local authorities are complacent or defensive. Continued reform is needed. This needs to focus on getting good leaders in place, raising teaching standards, and ensuring that incentives and accountability are functional. No doubt academies, and even private sector expertise, has a role to play. It gives the politicians a few extra tools in the box. But to make autonomy the centrepiece of reform is a highly questionable approach, especially in a country, like Britain and unlike the US, where central government has such power over schools.

The author of the article was clearly inspired by visits made to well-run Academies. If he or she wants evidence that you don’t have to be an Academy to be a very impressive school, I am happy to offer them a tour of the wonderful primary school where I am Chair of Governors. That at least may open theirs eyes to what is possible without being an Academy.

I must allow The Economist to hold firm opinions rather sit on the fence. What is so disappointing is that this time that opinion seems based on such shallow foundations. And its discussion of the evidence and wider debate lowers the papers standards to those of less distinguished papers.