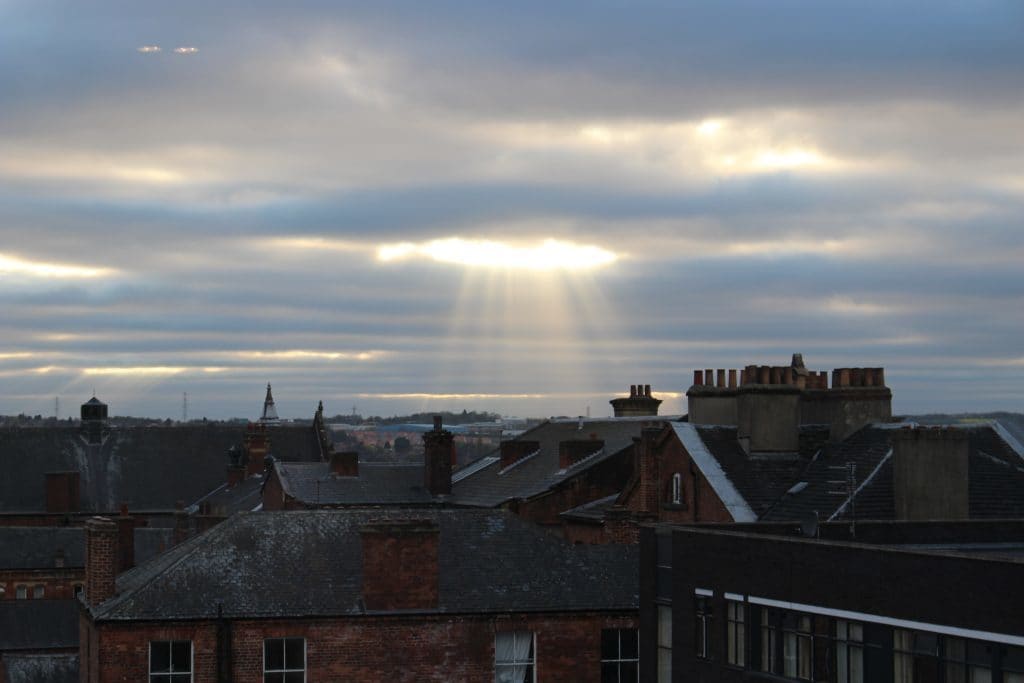 Last week I spent a few days in Wakefield, a small city to the east of Leeds in West Yorkshire. The economic fortunes of such small towns in Britain is one of the big issues in British public policy. I am still searching for the answers.

Wakefield goes back at least to that era which Britons refer to as the Dark Ages – after the Romans left and England was subject to invasion successively by Anglo-Saxons and Danes. The Normans proceeded to raze it to the ground in the Harrying of the North, after William the Conqueror took over in 1066. But its geographical location, at an important crossing of the River Calder, a navigable waterway, ensured its future. The Normans built two castles there. It prospered as a port serving the wool and tanning trades. This economic success continued into the industrial revolution, when its river connections were boosted by canals. It flourished as an agricultural trading centre. It diversified into textiles, coal (mined nearby) and glass, and became an important administrative centre. Its grand church (the tallest spire in Yorkshire) became a cathedral with its own bishop in 1888, and City status soon followed.

Alas this has fallen apart. The coal, glass and textiles industries were wiped out in the 1980s, usually blamed on the policies of Margaret Thatcher, but in fact the result of changes to technology, assisted by globalisation. It lost its bishop in 2014. The town looks rather sad today. There are plentiful vacant spaces used as car parks. Empty shops scar its streets. Benefits are claimed by about 18% of the population, compared to the English average of 13.5%. Unemployment is higher than average, though, according to the claimant count (4.3%), far from catastrophic. There are few immigrants living there – a sure sign of a weak economy (though our hotel cleaners were east European). We could buy about ten houses of the same size from the current value of our London home. Let’s not overdo this. It it did not appear to be a disaster area. It was easy to find nice places to eat in the town centre. But our hotel (part of a characterless budget chain) was the only central one we could find. There were other hotels on the outskirts: a bleak land of dual carriageways, roundabouts, retail parks and industrial estates, dominated by national chains, doing things as cheaply as possible, and sending the surplus elsewhere.

Quite a bit has been spent on redevelopment. The town centre has a smart shopping mall (albeit with quite a few empty shops), and the central square looks newly revamped. The cathedral has been very tastefully restored and modernised, with some lovely new furnishings, and is an uplifting space. Above all there is the Hepworth, which was why we visited. This is a modern gallery that celebrates Barbara Hepworth, the sculptor and artist, who was born and brought up in Wakefield. This is a lovely building on the town’s otherwise derelict riverside – and a world-class gallery, taking advantage of many years of collecting by its unprepossessing but imaginative predecessor, the Wakefield Art Gallery (converted from terraced houses) – and the generosity of local artists like Hepworth and Henry Moore, who was born and brought up in nearby Castleford. The dedication to art does not end there. A few miles from the town there is the Yorkshire Sculpture Park (YSP) – an outstanding collection of sculpture and other art, in the setting of an old country park – and another reason for our visit.

But how far can you regenerate a town on art? There did not appear to be many jobs in it. No flourishing urban environment has developed around the Hepworth in the manner of London’s South Bank, in spite of its riverside location. The same can be said for the YSP, which barely keeps a couple of snack bars going, in spite of its many visitors – though a posh hotel and conference centre is under development. The nearby motorway service area on the M1 motorway may do more business than both of these facilities put together.

So Wakefield has achieved a sort of economic mediocrity. There are jobs, and not just in the usual services, but it is not prospering. One clear weakness is the lack of a university (unlike nearby Leeds, and even Huddersfield, another smaller town nearby). Education should be at the heart of a modern economy. There is a decent further education college – but this is a neglected sector in Britain’s education system, starved by government austerity even as schools and universities have prospered.

The town must aspire to better. The weakness of such towns drives much of the foul political mood in not just Britain. People there feel left behind and neglected by metropolitan types who promise much and deliver little (or so it appears to their residents). New jobs tend to be poor quality; capital sends its rewards to the big metropolises or to offshore tax havens. Surely there is untapped human capital here? How can local networks be revived to counter the giant national and global networks that will otherwise suck these places dry? Too many economists are sinking into pessimism. A recent article in the Economist compared the fate of less-skilled humans to that of horses, which became obsolete a century ago. Is the weakness of such centres an inevitable consequence of the march of automation and an obsession with productivity?

I’m not convinced. I see too many jobs that need doing that are being neglected – in education, health, social care and local services generally – and in the world’s large but hollow corporations and state agencies, who pass the buck rather than solve problems. The liberal market economy, so favoured by the conventional wisdom of the 1990s and 2000s is failing – just as the publicly directed command economy has failed before it. But what to do? Local currencies perhaps? This approach is favoured by new economy thinkers like David Boyle – and regular commenter to this blog Peter Martin. Perhaps it is worth a try, but I suspect that political power structures must be altered first. It is no accident that countries with a highly devolved political culture, like Switzerland and Germany, are faring better than centralised polities like Britain and France. Though that is not enough – as the fortunes of the highly devolved United States shows. You need a strong social safety net too.

If I was trying to make something of Wakefield, I would start with its further education college. It has failed in a bid to acquire university status – but Britain needs world-class technical training for less academic young people and adults. Surely building on neglected human capital must be a large part of any solution? But that needs a strong state to provide up front payment and carry risk – and the state is weakening.

So a larger state, but not one dominated by giant agencies with Key Performance Indicators and lacklustre management; local democracy that does not turn into cronyism and mediocrity; thriving businesses that recycle their surpluses locally rather than send them elsewhere. A big challenge, but the future of  liberalism depends on it.

13 thoughts on “Where is the light for towns like Wakefield?”