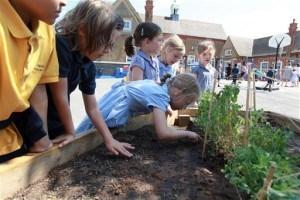 Telferscot School, the primary school where I am Chair of Governors has been passed as Outstanding by Ofsted. In my previous two articles I have looked at how the school has achieved this, and the role of school governors. In this article I want to look at what lessons I have learned about how public services should be run. It shows that the grandstanding by commentators of both left and right is missing the point.

Lesson1: the public service ethic can work. Many on the right assume that no nationalised public service can work – that its workers are driven by instincts of self-preservation and personal advancement, and that the primary purpose soon gets lost. Many would like public schooling to be run on a voucher system, with the schools themselves being private businesses. And if not that, they want the state system to be contrived to be as close to that ideal as possible, with independently run schools competing for children. Telferscot is an ordinary state-run school, managed by the local authority. Its senior management are state employees on ordinary state-determined salaries with no special financial incentives for good performance. And yet it is as tightly managed as anything in the private sector, and clearly focused on its wider social goals. The driving motivation of managers and staff is to do public good. Without this motivation they would be tempted to cheat the system, and avoid the hard cases, so that the statistics look good while public services role is undermined. The professionalism that this implies is truly impressive.

Lesson 2: there must be a big bad wolf in the system. Trade unions try paint an opposite idea to the right-wing one. They want a public service run by publicly-spirited employees in a climate of collaboration for the public good. This idea might bring a tear to the eye, but I have seen no evidence that the public service ethic by itself is enough to drive improvement. The process of running any organisation well requires disruption and tension. There is always a big bad wolf that makes you do things that you don’t like doing, or confront difficult problems you want to put off to another day. In private business that big bad wolf is the need to stay profitable in a competitive environment. What is it in English schools? Above all it is the Ofsted inspection system, coupled with public performance measurement. Ofsted inspections are arbitrary and often superficial. The teaching unions hate them. But the consequences of a poor inspection can be dire for the careers of senior managers – while good ones provide them with a public accolade. It works.

Lesson 3: combine local management with national standards. Most public services are vast bureaucracies, bound by publicly discussed policies and procedures. Schools do not escape this pattern. Polices on teachers’ pay, for example, are negotiated nationally, and run to 115 pages, updated each year. But schools are run with a higher degree of local, discretionary management than almost any other branch of public services. Managers manage, rather than follow policies and procedures. Such discretion often ends badly in public services – but it works in schools because there is high public accountability. There is constant contact with the “customers” – the pupils and their parents. Ofsted inspections are a public process. Key performance data are publicly disclosed. But I think there needs to be something else: national standards. In schools this comprises the National Curriculum and basic assessment methods for results at key stages in a pupil’s career. These standards focus on outcomes – what schools are meant to achieve, rather than how. They can be overdone – an overly prescriptive curriculum, or testing that is too frequent. But without them it is easy to lose comparability, and accountability is lost. The current coalition government’s record on this is mixed. The last government tended to be over-prescriptive, adding in fashionable items according to the political priorities of the day – and the current government has done a decent job of paring this back. But some of its ideas on school curriculum are a bit “retro”, apparently based on the ideals of the past, rather than looking it what is needed now (look at history, for example). But the real problem is that they are giving the Academy schools too much freedom, which carries the risk of them going in tangential directions with a conflicting agenda. Problems with some faith schools have reached public attention, but it could betoken a bigger problem. The government has also thrown chaos into primary school assessment techniques, by taking away state sponsorship of progress measurement standards.

Lesson 4: inclusion is for everybody. There is a tendency amongst those who think about public services to focus on the neediest cases. This is understandable – they are the most challenging, and yet often it is where the system is least effective. And if money is tight, the temptation is to reduce resources available to everybody else. But there is a problem. Services that focus exclusively on the needy cease to be truly public; they promote a separate “underclass” who use public services, against the majority that do not. The less needy, those whinging middle classes, must be carried along too.  Telferscot achieves a lot of what it does through a good social mix. That means that the middle class children must do well, and their parents must like the school. They are happy to go along with the social inclusion agenda provided that they think that the system works for them too. One of the few places where our Head Teacher agrees with Michael Gove, the Conservative former Education Secretary, is that state schools should emulate private ones. They can’t do the small class sizes, but they can do an interesting and diverse curriculum. This is something both left and right are in danger of missing. The left tend to despise the middle classes and their needs (notwithstanding that most leftists are middle class themselves); the right want to economise by concentrating resources on the neediest. But social cohesion means that society must look after everybody’s interests, not just the neediest.

Lesson 5. Consider the whole person. The bane of public services is that they focus on diseases rather than patients, to use a medical analogy. In schools left-wing teachers used to shrug at poor results for deprived pupils. “Not our problem” they would say. Instead it was housing, jobs or something else outside their job-description. But the most exciting thing in schools over the last decade, especially in London, is the way that this attitude has been broken down. In order to improve their results, schools have been muscling into areas that are way outside a narrow view of their remit. They reach out to families who are experiencing difficulties. They take a leadership role in helping to resolve family problems, bringing in other services as required. As a result they are helping to solve problems rather than passing them on to other agencies. Families are not allowed to lower their expectations; they learn how to help themselves and be less dependent.

To me these lessons are an endorsement of a liberal public services agenda. But most political debate seems to be on irrelevancies – like the government’s programme of extending Academies.  The thinking on both left and right is stale. The right underestimates the need for public services to support social cohesion, and the commitment of taxpayer money needed to do this. The left would rather play the blame game than find constructive solutions to social problems. Both seem stuck in imagined past golden age. There is another way.