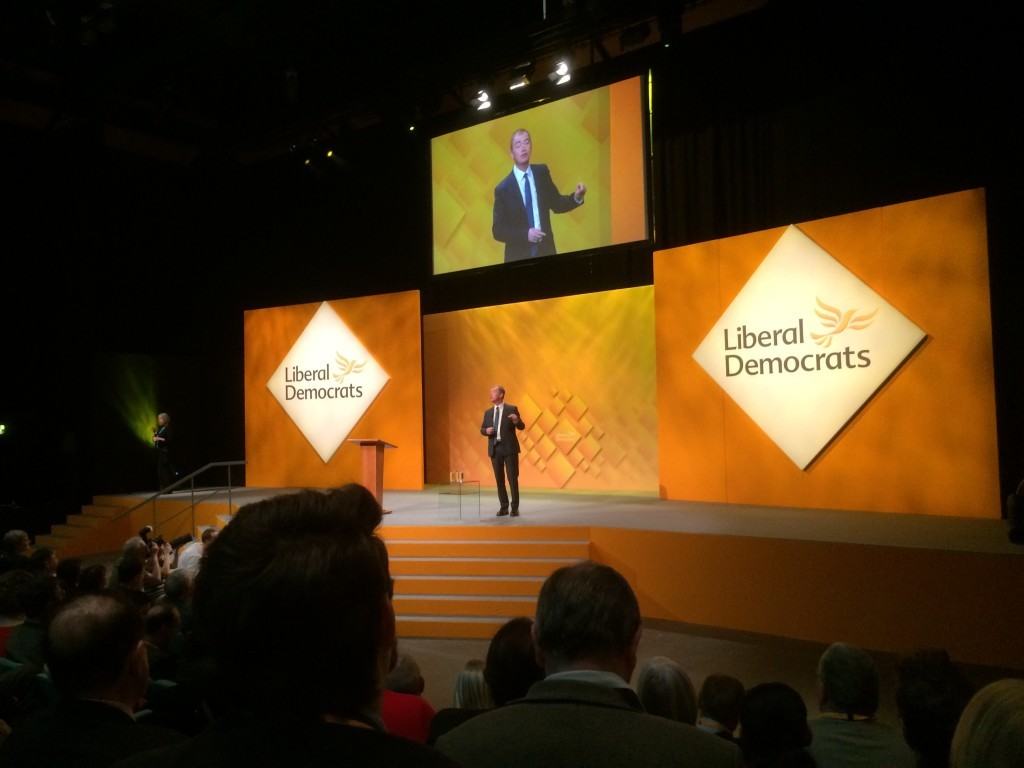 Tim Farron is proving a decisive leader of the Liberal Democrats. The party is in a poor way. It languishes at about 6-8% in the opinion polls, and its doings are almost entirely ignored by mainstream media. Whether he is able to save the party remains to be seen; but he is certainly making his mark.

This struck me forcibly as I attended the party’s Spring conference in York last weekend. The most dramatic development there was the adoption of a motion on ensuring greater diversity amongst the party’s elected representatives. This has always lagged behind the party’s rhetoric. Dominance by white middle class males remains largely undisturbed after decades; even the Conservatives manage better. Some of the stories put about by female activists show the party in quite a shocking light, with discriminatory questions and petty harassment widespread (though I have to say that I haven’t seen it in cosmopolitan London – but maybe it isn’t the sort of thing I register). The only proven way of breaking this is positive discrimination, with the use of quotas or exclusive selection contests. This has been proposed many times in the party’s history, always to be knocked back by the conference as illiberal.

Tim meant to change that this time. He supported a motion that imposes all-women shortlists for replacing any MP that stands down, and at least one other more winnable seat in each region of the country. Local parties are mandated to apply all-women or all-disabled lists more widely. Positive discrimination for ethnic minorities is a lot harder legally, but the party is meant to push matters as far as it can. Having thrown his weight behind the idea, and, importantly, spent considerable effort in persuading key people in advance, he secured the change by an overwhelming majority, notwithstanding many eloquent speeches against.

That is quite an achievement. It is not beyond the bounds of possibility that if the party has a moderately successful general election next time (say raising its tally of seats from the current  eight to twenty or so), it could become 50% female in one sweep. Tim has already shown he means business by having more than 50% female and 10% BAME in his shadow cabinet, if it can be conferred such a grand title. Whether you approve of it or not, this is decisive leadership.

On policy too there is an evident change, led from the top. He is following a “core vote” strategy by picking issues that are likely to motivate core supporters, rather than the general public. The leadership supported motions against fracking and in favour of legalising cannabis at the conference. In his closing speech Tim supported the accommodation of refugees, backed the junior doctors in their dispute with the government, and opposed laws designed to make life easier for the security services to gather personal information. This is all crowd-pleasing stuff for liberals that a party with ambitions to govern would struggle with.

A third element of Tim’s strategy is more strategic. He is promoting community politics – which means the party’s activists cultivating contacts with their local communities and facilitating solutions to local problems. Related to this he is trying to promote policies that support small, locally based businesses. The party at large likes this in theory, but often lacks the understanding or appetite to put these ideas into practice. It pushes political activists way out their comfort zone and forces them to deal with real peoples’ problems, rather simply sounding off amongst the like-minded – which is, of course, why it is such a powerful idea if it can get going.

As with all strong leadership, this is taking risks. The diversity ideas have put quite a few people’s backs up, and may hasten the departure of many older hands who run local organisations. As one such I always feel weak after being lectured by assorted conference speakers about how local parties need to be made to do this, that and the other – and I support them. That is no bad thing in itself, but will enough younger and more willing people come to take our places? The collapse of much of the party’s local organisation will no doubt be hastened. With the paid part of the organisation also in free fall, and with the regional layer dependent on a small number of usual suspects, this is going to be hard going. The party will need to develop online networks and non-geographical interest groups to compensate for the hollowing out of much of its organisation. The push on diversity is hardly the cause of this hollowing out, and one day it will even be part of the solution, but it will make things worse in the short run.

The liberal populism is also risky. Some of the ideas are probably ahead of their time, like more liberal drugs laws perhaps. The world will catch up and the party will get kudos. But others will look plain nuts to most people. It’s lovely to help refugees, but won’t it just encourage more to take to boats and get drowned? Or just divert developing world entrepreneurship towards people-smuggling? It tends to reinforce the public’s fear about liberals – nice but too soft to be given real power. I think a lot of the party’s ideas on privacy may be backward rather than forward-looking, too. All this risks leading the party up the same old blind alley which it took in Charles Kennedy’s (much less vigorous) leadership – which means that if it enters government it will be accused of betraying its principles. Tim ran into bumpy waters himself when he decided to support the government over bombing in Syria. He risks more of that sort of thing. A broader fear is that “core vote” in fact equates to “middle-class”, and the party cuts itself off from working class support.

Community politics should counter these problems. It is a very good way of involving and empowering working class people, as well as showing that the party can deal with, tough, practical problems. It is Tim’s strongest suit, after the idea has been systematically neglected by his three predecessors. The danger is that he finds himself unable to deliver on it, as activists prefer sounding off in blogs and social media to helping to create a thriving environment for local businesses.

But the party must take risks. I admire the way Tim is trying to take the party by the scruff of its neck. He is working out much better than I feared. The unpredictable world of British politics may yet throw the party the lifeline it needs to make a comeback. The progressive destruction of the Labour Party makes that look a distinct possibility. And if it does, the party will be a different thing to the one that embarked on coalition government in 2010.

2 thoughts on “Tim Farron sets about changing the Lib Dems”