After a series of catastrophic election results, the Liberal Democrats 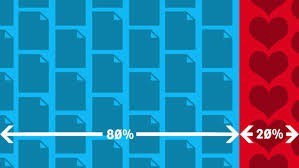 are indulging in some deep thinking about the party’s future. The one silver lining from the party’s disasters is that it is left with the nearest it will ever get to a blank slate on which to rewrite what the party is.

Into this debate comes an important pamphlet. The 20% strategy: building a core vote for the Liberal Democrats by former Cambridge MP David Howarth, and inveterate blogger Mark Pack. I would urge anybody interested in the party’s future direction to read it. The jumping-off point is familiar to anybody that has followed the party’s internal debates. Critics of the party’s leadership (especially under Nick Clegg) suggest that the party neglected the build-up of a core of loyal supporters who would vote for the party come what may. This core now stands at something like 5%, and is much lower than that enjoyed by the Conservatives and Labour, or the SNP in Scotland, and is being challenged by the Greens. Instead the party chased the floating voters of the “centre ground”. But instead of articles sounding off in Liberator magazine, this pamphlet is altogether more serious. It starts with a real attempt to look at evidence, and moves on to a concrete set of proposals.

The authors believe that the party is held together by shared values, rather than class identity or nationalism. These values are shared by about 35% of the country – those who display openness, tolerance and internationalism. That 35% figure comes from a polling answer to a question about immigration. From this the authors reckon that a 20% core vote is feasible. There is some interesting analysis of that 35%. It leans left, tends to be female and is ethnically diverse. It isn’t hard to see how the party’s appearance of being white, male and in coalition with the Conservatives got in the way of building that vote.

So what to do? I would urge readers to read the paper – there are many facets to their action plan. They want the party to formally adopt a core-vote strategy, and to establish a national campaigning infrastructure to focus on this, to complement efforts to build the local government base, and winning parliamentary seats. This national level of campaigning, led by an elected Deputy Leader, would build up the party’s vote for proportional voting elections, of increasing importance to the party, and provide a home for supporters not lucky enough to live in one of the areas where the party is active locally. This national campaigning would focus on issues that demonstrate the party’s values – go to places that other parties cannot. Paddy Ashdown’s stand on Hong Kong and Yugoslavia are quoted as past examples of such campaigning.

I can see this paper and its proposals being very popular in the party. They make a lot of sense. There is something for everybody. I particularly like its realistic assessment of local parties in areas where the party is weak. So often the party’s campaigners have glib answers to the challenges. “Just set up a target ward and grow from there,” they say. I am happy to support the paper myself.

But it is all too easy. The authors point out that a core vote strategy is hard, and that the party has failed in its many past attempts. That tells me that something big has to change; a lot of received wisdom has to be put on the scrapheap, and a lot people in the party are not going to like it. It is not just a matter of adding another strand of campaigning, and then tweaking the party’s internal processes here and there. The danger is that everybody will assume that all the changes in behaviour apply to other people, and they will continue to do what they have always done, with a bit of judicious relabelling.

But succeed in cultural change such a big change you need to have a flaming row, and annoy some people a lot. If need be such a row has to be provoked artificially. The one successful political transformation achieved in recent times in Britain was by Tony Blair, Gordon Brown and Peter Mandelson to the Labour Party in the 1990s. They theatrically replaced Clause 4 of the Party’s constitution to show they were serious – rather than just ignoring it. Contrast this with David Cameron’s attempt to transform the Conservatives, where he was careful to avoid such rows – with the result that the party never really changed (or not not in the direction he favoured).  Only now are there signs that he and George Osborne are ready to make  genuine cultural change for the party, towards economic liberalism, with EU referendum being the chosen field of conflict. Even worse was Ed Miliband’s attempt to move the Labour Party to the left while maintaining party unity, which left the party in a terminal muddle. So if a cultural change requires a degree of conflict, where will conflict need to be invited if the Lib Dems are to make a success of a core vote strategy?

The first place is in what the pamphlet calls the three pillars of campaigning: local, parliamentary and national-core vote. In their vision these three happily coexist. But they also compete. In the Kennedy years the party brilliantly built up its parliamentary base – but at the expense of brave national campaigns to demonstrate core values. The exception was the the party’s stand on the Iraq War; but Charles Kennedy had to push for that in teeth of advice that rocking the boat would not be good for the party. Parliamentary and local government campaigns depend on winning over floating and tactical voters (“It’s a two horse race” and a bar chart are almost compulsory in Lib Dem election literature). Strong national campaigning is likely to upset those voters and the activists trying to woo them. The party is obsessed with winning electoral contests; that obsession must be loosened if a core vote strategy is to take root. It must recognise the idea of good losers – candidates who did not come first but built up members and long term voters.  This concept is so alien to the party’s campaigners that they will not take it seriously. This is why the idea of these values campaigns being led by an elected official with a separate mandate (whether or not Deputy Leader) is a critical element of the overall plan.

So campaigning is likely to provoke conflict, but it is not an easy place to have a theatrical row to demonstrate that the party really has changed its spots. That may arise from political strategy. Political strategy is about how the party intends to use its assets, especially seats in various representative bodies, to further its aims. For a liberal party that must mean working with other parties – rather than throwing rotten tomatoes from the fringes. To date such political strategy has been left to the leadership, and not spelled out clearly to electors and debated amongst the wider membership. At parliamentary level the declared policy is to work with the largest of the main parties to form a coalition in a hung parliament. But it matters a lot to voters and members which party or parties the the Lib Dems choose to work with. That is one reason why their vote tends to drain away in election campaigns when a hung parliament looks likely. In this year’s election the party’s stand contrasted with the Greens, the SNP and Plaid Cymru, all of whom said the would not work with the Conservatives.

But the party’s campaigners hate to take sides – they see that it will upset groups of voters they are wooing, and so make winning marginal seats that much more difficult. When the question was put to the two leadership contenders at the London hustings, neither said that the party should change its position of working with either of the main parties. That surely has to change. It makes the party look opportunistic and transactional – only interested in the status of power, rather than principles. This was the most wounding criticism of the party while it was in coalition. The party, after debate and consultation with members, will need to say that it will not work with a Conservative-led government (the party may accept Tories as junior partners…). In due course we might contemplate electoral pacts in order to promote an agreed programme of political reform. Labour is the competition; the Tories are the enemy. And I say that as somebody from the right of the party that loathes the Labour party, and has more sympathy with the Conservatives than most.

I do want the Liberal Democrats to want to be a clear and effective political voice for the 30% of so of the electorate that is open, tolerant and internationalist. I also want it to champion reforms to politics, public services and economic management that place sustainability and wellbeing at their heart, rather than money and  vested interests. David Howarth and Mark Pack point to some useful next steps. Necessary, perhaps, but not sufficient.

9 thoughts on “To build a core vote the Lib Dems will need to change culture.”